BEBUZEE, INC. (OTC Pink: ENGA) Company’s “Super App” May Be The First Super App Produced In And Aimed At Users In The West 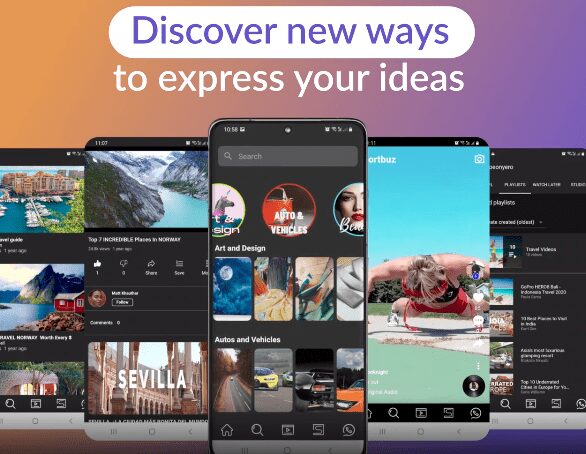 MIAMI, FLORIDA, July 13, 2022 (GLOBE NEWSWIRE) — The executive management of Bebuzee, Inc. (OTC Pink: ENGA) a company that is a video-sharing platform and a streaming service that allows its members to watch a wide variety of contents such as movies, series, documentaries and talk shows on thousands of internet-connected devices. It is a one-stop platform for breaking news, interesting and important blogs, videos, and photos, that scans the world’s news, features and information flow to give its dedicated readers the best of the Internet in one place, today reacted to an article in the Wall Street Journal (WSJ) that management believes verifies the direction the Company is focused upon… “Super Apps”.

Joseph Onyero, Chief Executive Officer of Bebuzee, Inc., said: “Bebuzee arrives in North America with what may be the first super app produced in and aimed at users in the West. This is a game changer for users of all ages, combining many previously individual apps into one integrated whole. Here comes a non MAANG company beating the big boys with something more useful and complete than any of them have even begun to design, let alone provide.”

He concluded: “We will also be addressing the final components of our “Super App” in the coming weeks, which is scheduled to be launched in a couple of months.”

“What the Heck Is a ‘Super App’ and Why Are Elon Musk, Evan Spiegel and Jack Dorsey So Interested? Super apps, immensely popular in Asia but not in the U.S., are the new hot thing for companies scrambling to capture ever more of our time, attention and money”

The article said in part: “Unlike regular apps, which for years have been built to do one thing well, so-called super apps can do it all, or at least that’s the idea. By granting them powers that previously required firing up many other apps, their builders hope you’ll spend more time with them than ever.”

If the phrase “super app” sounds familiar, it’s because a procession of big-name tech companies have been touting the idea recently,  including Uber, Spotify, PayPal, Snap and Jack Dorsey…  Elon Musk raised the concept when discussing his plans for Twitter.

The definition of “super app” is fuzzy, but companies and their leaders most often use it to describe a state of cramming ever more features and functions into their apps—often ones adjacent to, but distinct from, their core functionality. So, for example, a financial-tech super app might start with payments and bolt on buy-now-pay-later, cryptocurrency and in-app storefronts. For social media, it could mean incorporating things like shopping. And for a delivery and ride-hailing company, it might mean adding new modes of transportation or other categories of goods for drivers to convey…

For companies, building super apps is about maintaining growth despite current economic headwinds and changes in how revenue is generated on the internet. It’s also about gaining an edge in the battle with competitors to capture as much of our time, attention and money as possible…

If the super-app idea is newly current, it’s hardly new. WeChat, launched in 2011 by Chinese internet giant Tencent, is the archetypal super app. It started as a cross between a messaging app and a social medium but has grown to encompass everything from ride hailing and e-commerce to mobile payments and even government services. Today it has nearly 1.3 billion users, mostly in China…

The dominance of these super apps has long been a source of envy for U.S. tech executives, who must content themselves with dividing users’ attention and spending among their companies.

There are many theories about why a true super app hasn’t arisen in the West. The most common is that by the time companies like Tencent began building them, the West already had a well-developed ecosystem of companies and services serving the different needs that Asian super apps consolidated…

Even if the West is unlikely to get a true super app like WeChat, executives of U.S. and European tech companies have lately grown fond of the idea of turning their app into a super one…

While they haven’t said the magic phrase, many other companies have announced features or plans that show super-app ambitions, says Yoram Wurmser, principal technology analyst at Insider Intelligence, a research firm that specializes in tech…”

Based in Miami, Florida, Bebuzee, Inc. offers a unique, proprietary video-sharing platform and streaming service that allows our members to watch a wide variety of content such as movies, series, documentaries and talk shows on any internet-connected device. Bebuzee’s technology scans the world’s news, features and information flow to give its dedicated readers the best of the Internet in one place. A one-stop platform for breaking news, interesting and important blogs, videos, and photos. Bebuzee offers an addictive resource for those millions of people without time to scavenge the Internet and other sources for news and information. Bebuzee’s latest investor pitch deck may be found at: https://www.bebuzeegroup.com/brochure